Self-driving technology will never stop being a hot topic until it is perfected and fully integrated into our society. Until then, engineers are having to grapple with the shortcomings of the technology to figure out how to create a fully safe, efficient, self-driving car. On June 30th, Tesla's Autopilot feature failed to notice a trailer in the way of a freeway, causing a fatal crash. Now, the National Highway Transportation Safety Administration has announced that it will be investigating all of Tesla's vehicles that have the 'Autopilot Technology Package'. The investigations could have ramifications on all automakers and engineers at companies who are trying to secure automated driving for vehicles.

Nonetheless, the investigations into Tesla didn't deter Audi and Nissan from announcing their own self-driving technology packages. Audi announced their self-driving car, Jack, to media in 2012, but are ready to implement the technology into the latest models. The car will notify a driver when the automated processes switch on inside the car, once the car is driving on the freeway. The car uses twenty sensors - stationed around the vehicle - which help it circumnavigate through traffic. The car has been shown off before, however, Audi's Senior Engineer Kaushik Raghu and  President of Audi America, Scott Keogh,  told CNBC that Audi will be launching another self-driving car in 2018. The car will reportedly control 60 to 70 percent of the driving of the vehicle. The Audi A7 already equipped with the self-driving technology has been driven on the world's fastest highway - The Autobahn - before. 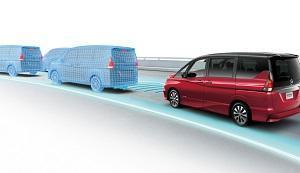 Then it was Nissan's turn to show their new offering off. The company's new Serena vehicle would be equipped with their attempt at a self-driving technology called Nissan ProPILOT.  A self-driving minivan - don't tell the soccer moms. The car will go on sale in Japan in August. Nissan - much like Tesla and Audi- are stressing that the system is not fully able to drive the vehicle to point A to point B right now, but will relieve some stresses during heavy peak time traffic.

"The point is it's not fully autonomous driving, but driver assistance technology, so it can't handle everything for you," Hideyuki Sakamoto, Nissan's executive vice president, said.

Based on the video Nissan has released, the camera technology in the vehicle will keep a car in the center of a lane and maintain whatever speed it might need to ensure the safety of the passengers inside the car. By 2018, Nissan says it wants to move towards highway multi-lane driving with ProPILOT. By 2020, the company wants a fully automated car that does not need a driver to control.