Home NewsSet your alarm for the longest lunar eclipse this century

Set your alarm for the longest lunar eclipse this century

If you’re brave enough to face the cold in the early hours of Saturday morning, you’ll be able to witness the longest lunar eclipse of the 21st Century.

The moon will be joined by Mars, which will be at its brightest and closest to Earth in 15 years according to Dr Tanya Hill, an astronomer from Melbourne Planetarium.

“The reason that Mars can vary in brightness so much is because it’s our neighbour in space and it follows quite an elliptical orbit. Throughout 2017, Mars was fairly dull as it was on the opposite side of the Sun to Earth, and therefore at its most distant,” she said.

“But even at each opposition the distance between Earth and Mars can vary by almost 50 million km, because of the two planets’ elliptical orbits. 2018 is definitely one of the best.” 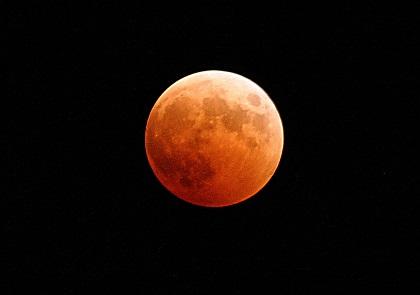 People in Western Australia will be lucky enough to witness the full eclipse.

“Western Australia will be the only state to catch the entire eclipse. It will begin with the Moon high in the northwest and end with the Moon low to the western horizon,” she said.

It’s expected to begin at 2:24am Australian Western Standard Time and to end at 6:19am on July 28. The period of totality refers to the Earth’s shadow being directly across the moon, making it appear at its reddest. Dr Hill says this period is expected to last exactly 1 hour, 42 minutes and 57 seconds. This is just 4 minutes shorter than the longest possible eclipse.

“Three things have come together to make this possible,” said Dr Hill.

“First, and most importantly, this eclipse will see the Moon move through the centre of Earth’s shadow, making for a long and deep eclipse.

“Second, the eclipse occurs during an “apogee” Moon, when the Moon is at its most distant from Earth.

“For those who remember Kepler’s Second Law, being at its most distant means that the Moon is moving at its slowest. Therefore, it will spend 5-10 minutes longer in Earth’s shadow compared with a perigee Moon, when the Moon is at its closest approach to Earth and moving more rapidly.

“Finally, an extra few minutes are picked up because this eclipse is occurring near aphelion, which is when Earth is furthest from the Sun and occurs in early July.”

Across the world, everyone who is on the night side of the world will experience the eclipse at the same time. Central Asia and Eastern Africa will have full visibility throughout the event. Western Africa, Eastern Asia, South America and Europe will have partial visibility. The only places that won’t be able to see it are North America and the Arctic.

It’s completely safe to watch a lunar eclipse and no special equipment is required, according to Dr Hill.