Want to go work in Singapore? According to veteran engineers, Singapore's engineers are flocking to other industries. This has caused a shortage of engineers in key industries that require them, most notably in telecommunications and railway engineering applications. The dean of the engineering faculty at the National University of Singapore, Professor Chua Kee Chaing, has said there is a lack of engineering talent in critical infrastructure industries such as broadband and power networks.  There has been a host of train breakdowns due to power issues across Singapore. 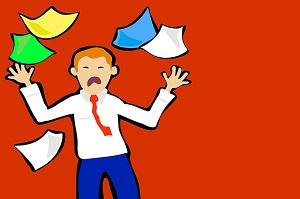 The problem, according to Singapore's Prime Minister Lee Hsien Loong, is the tertiary engineering education in the country. At the 50th anniversary celebration of the Institution of Engineers Singapore, the PM warned of the dire situation the country was experiencing.

Experts have suggested that other industries are needing the expertise of engineers. Finance and business industries have been luring students in with higher salaries, leaving critical infrastructure industries without engineers. A better pay cheque is a significant factor that could see prospective engineers lending their skill sets elsewhere, taking on other professions.

"Other factors include the lack of effective career planning and job rotation. For instance, not all engineers want to remain engineers, but may want to become senior managers," said the president of the Institution of Engineers Singapore, Edwin Khew. He added that banks could probably pay engineers 30 percent more than critical infrastructure industries.

Professor Chua also mentions that infrastructure industries are not able to produce the same salaries as banking and finance industries.

According to the Straits Times, even when engineering was chosen as a field of study, the students still landed in banking-related jobs. Engineering students in Singapore have confirmed that no matter what their qualifications were, some industries were just hiring to hire, as long as qualifications were held. Veteran engineers are now saying that government needs to pump more money into engineering salaries in critical infrastructure so that there is not a lack of engineers in industries that need them the most.

"A lot of students I talk to say they want to do good in society. Maybe we don't do our outreach well enough. For example, when engineers bring clean water technology to underdeveloped economies, eliminating diseases, the impact is tremendous. Increasingly, we want our students to go out to more disadvantaged communities," Prof Chua concluded.