The Myths of Dead Time

I had a chuckle when I saw my old colleague (and sparring partner), Michael Brown, recently noting that process dead time is one of the most misunderstood issues in feedback control loops. Absolutely true - there is so much gibberish spoken about this topic. No matter what discipline of engineering you are in – you would have come across the problem of dead time. 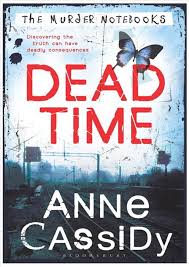 I had a chuckle when I saw my old colleague (and sparring partner), Michael Brown, recently noting that process dead time is one of the most misunderstood issues in feedback control loops. Absolutely true - there is so much gibberish spoken about this topic. No matter what discipline of engineering you are in – you would have come across the problem of dead time.

Probably even if you are a hippie (do we still have any around?) living in a commune you would also have come across the issue (as I will explain below in regards to hot water).

Some myths in process control which abound and which are strongly evident are ones such as:

What is Dead Time?
As a reminder - dead time is the amount of time it takes for the process variable to start changing after the output from the controller is changed (to a control valve for example).

Lag time, on the other hand, is the amount of time (after the dead time has elapsed) that the process variable takes to move 63.3% of its final value after a step change to the valve position.

Dominant Processes
A dead time dominant process occurs when the dead time is greater than the dominant lag.

An example, I always love to quote is when a feeder discharges ore onto a conveyer belt. Some distance away from where the ore hits the belt is the weighing instrument. This means that when the feeder controller makes changes to the amount of ore discharged onto the belt – there is still some significant dead time before anything happens on the weightometer (so the controller is ‘flying blind’ for a while).

Another example, is when you having a shower in an old hotel where the hot water geyser is some distance away from the shower – you will make adjustments to get the right level of hot water and find out that there is no response so you end up with significant instability as you twiddle the tap vigorously in both directions trying to get the right balance. And with the oscillatory action – you have instability.

Rules and more rules
As Mike says – the rule for dealing with dead time is simply this: The longer the dead time, the slower the tune. The trick is to set the integral term correctly and then reduce the proportional gain until the response is stable. You should be able to get to the new setpoint within two dead times.

How Does One Deal with Other Disturbances?
If there are other ongoing disturbances – well – there is nothing much you can do. Perhaps, try feedforward control or fix the main problem – move the measuring point or control action (e.g. valve) to reduce the dead time.

Myths and More Myths
The critical thing is to avoid the myth about using the derivative term to ‘speed up the response’. Totally incorrect. The core of the problem, as I understand it, is that you don’t have sufficient process data from your process to make a good quick decision with the controller. Hence the need for a slower tuning action.

If you want some solid robust process engineering stuff relating to this rather superficial summary of mine go to Mike Brown’s site (www.controlloop.co.za).