Home NewsThings to Do in Perth this Winter

Things to Do in Perth this Winter

While Perth is known for its beaches, wildlife and hiking trails, the cold and wet weather doesn’t always make these activities seem so appealing. So, we’ve come up with a list of things to do which will keep you warm and dry this winter.

The Aquarium of Western Australia is passionate about generating respect for marine life through their education programs, rehabilitation of sick and injured animals and conservation efforts. Their exhibits feature marine life from five different zones: the great southern, shipwreck coast, Perth coast, the far north and the danger zone. These include one of the world’s largest living coral reefs, fish, sharks, rays and turtles. It also features Australia’s largest walk-through aquarium tunnel.
There are a number of experiences on offer at AQWA as well. These include diving, snorkelling and behind the scenes tours.
AQWA is located at Hillarys Boat Harbour, approximately 20 minutes north of the Perth CBD. The Perth Mint was opened in 1899 in response to the discovery of gold deposits in Kalgoorlie and Coolgardie. It was used for gold refining up until 1990, when this process was relocated to a modern facility in Perth’s east. Now, it features a series of exhibitions and tours which showcase its place in Western Australia’s history.
The Gold Exhibition tells the story of the search for gold in Western Australia through a series of photographs, artefacts, multimedia presentations and gold mining legends. Meanwhile, you can also watch a traditional gold pour in the original 1899 melting house, during which the molten gold transforms into a solid bar.
Another major attraction is the Guinness World Record-holding Australian Kangaroo One Tonne Gold Coin. This is the world’s largest and most valuable coin, made out of 99.99% pure gold and measuring 80 cm wide by 13 cm deep. 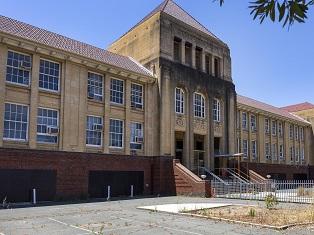 The people behind Fringe Festival and Rooftop Movies are opening a new pop-up cinema this winter, and it will be showing a combination of blockbuster, classic and arthouse films. Located in one of Perth’s most beautiful buildings atop the highest part of East Perth, it was formerly a girl’s school and police station. The castle-like structure is iconic for its Egyptian Art-Deco grandeur.
Just like at Rooftop Movies there will be plenty of food trucks, this time offering up foods perfect for winter including toasties, soups and popcorn.