Home NewsWhere Did the QWERTY Keyboard come from?

Where Did the QWERTY Keyboard come from? 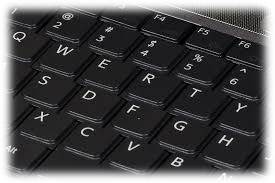 With the rapid change in technology, it is incredible that a keyboard layout designed in 1873 for one of the first mechanical typewriters – the QWERTY keyboard – is still the basis of all our keyboards (esp. the virtual ones) today.

The name QWERTY comes from the first six keys on the top left letter row of your keyboard. It is still the standard today as no replacement is believed to offer any significant advantage.

Why should you know about this? Well – every design we do is built on earlier designs and we shouldn’t discard older approaches simply because of the passing of time. Even though you may offer a technological improvement; the market may not accept it because of resistance to change.

Mechanical Design Challenges 150 years ago
The original (hardware) design of the typewriter (by Christopher Sholes in Milwaukee with the trade name: Type Writer) had two problems if characters on neighboring keys were pressed at the same time. Resulting in a typing jam (i.e. typing had to be stopped and the affected keys disentangled from each other before you could resume typing). The solution was to place commonly used letter pairs (e.g. ‘th’ or ‘st’) apart from each other (i.e. so that they weren’t neighboring keys) – this thus minimized jams (although I can tell you 40 years ago that I still experienced irritating jams on my Olivetti). The other win from following this design was that in having keys far apart resulted in more use of both hands (thus increasing your typing speed).

More Technical Detail
Every word in the English language (well; almost) has at least one vowel but the QWERTY keyboard only has the vowel A on the home row (the middle row of the key board where your fingers rest). This means that your fingers have to leave the home row for most letters.

The manufacturer of typewriters - Remington improved on the original design by Sholes and also introduced a useful sales technique for their sales(wo)men. Potential customers would be impressed by pecking out the brand name ‘Type Writer’ from the top letter keyboard row. Check this out to confirm this is true.

Another mechanical Impact which has no meaning today
You will also notice that your keys on your computer keyboard slant diagonally from right to left when moving from the bottom to the top (of your keyboard) – something quite meaningless on a modern computer keyboard. This was because in the original typewriter, the mechanical linkages (each key was connected to a lever) had to be separated so that they wouldn’t collide with each other. Vital with the mechanical design but totally irrelevant today with the computer keyboard.

My thanks to Wikipedia for explaining this in such exquisite detail.

My Conclusion
It is amazing how old designs from decades (or even centuries ago) impact so significantly on our current engineering work. Often, in a meaningless way but it would be dangerous to make a change as the market may not accept anything it wasn’t comfortable with. Even if technologically better.

Heraclitus remarked thousands of years ago that: ‘The Only Thing That Is Constant Is Change’ but although, technology change is clearly around us; there are some things that simply don't change - the QWERTY keyboard being a great example.

Yours in engineering learning,